Oh what a fun Monday we’ve had!  The forecast called for rain and chillier temps than it had been recently, so we organized a play date in our basement for some of our buddies!

My friend Robyn and her 3 boys and my friend Lindsey and her 2 girls and 1 boy came over and joined my 3 (so we had 9 kids 5 and under! haha!!) and they all had a blast playing in our basement! 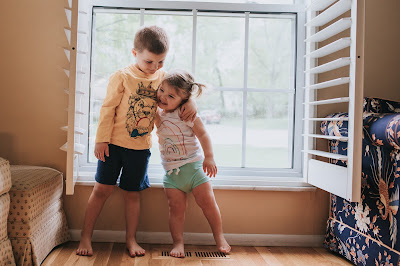 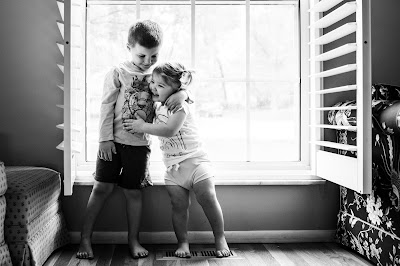 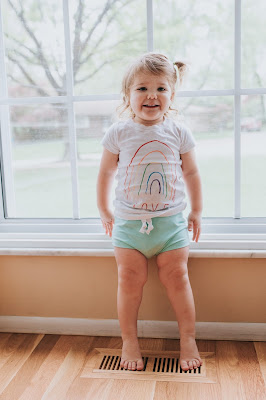 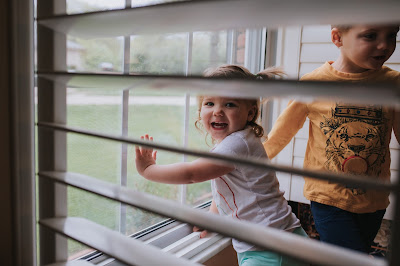 However, before everyone came over Patrick and Ro were sooooo excited that they were itching with anticipation so I snapped a few pics of them waiting for their buddies.  The pics of Rosie and Patrick lovin' up on each other melt.my.heart. and were completely unprompted and I love them SO MUCH. 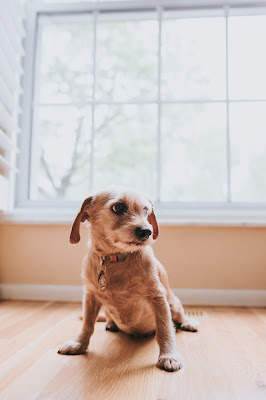 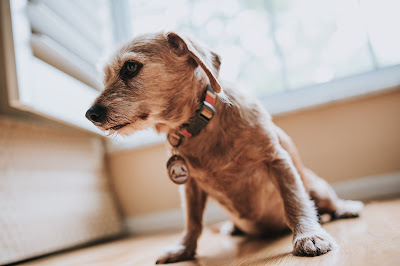 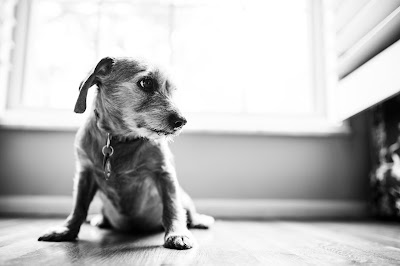 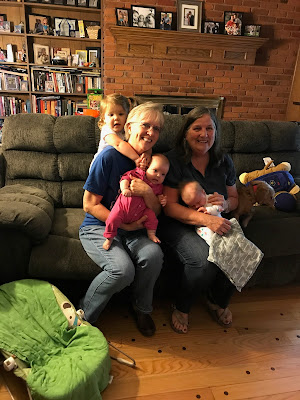 Lindsey’s mom and my mom came over as well which was great (or reinforcements, as Robyn called it!) and they got to experience the chaos first-hand as well!  I think they loved seeing all of their grandbabies running around and playing AND getting some lovin’ in with the littlest ones! 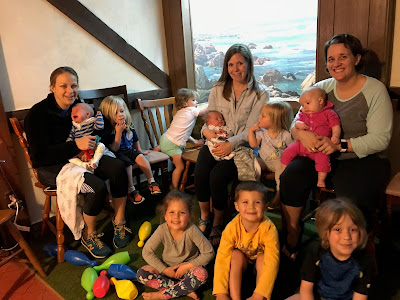 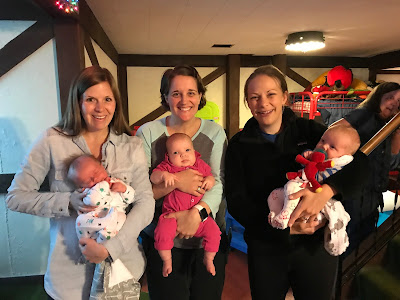 We got a few group pics, which I thought was pretty dang impressive with so many kids!  6 out of 12 people looking isn’t bad, is it?!  And Robyn’s Sheldon and Lindsey’s Noah were both born within 6 weeks of Annie being hatched, so that’s fun having them have babies soooo close too! 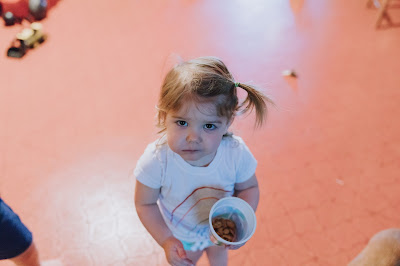 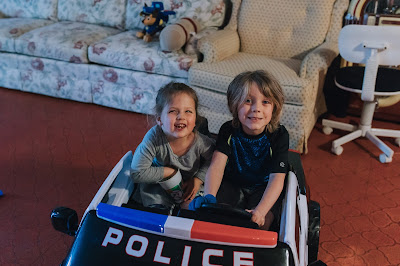 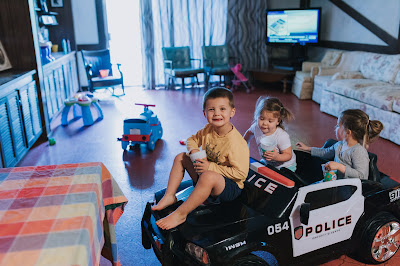 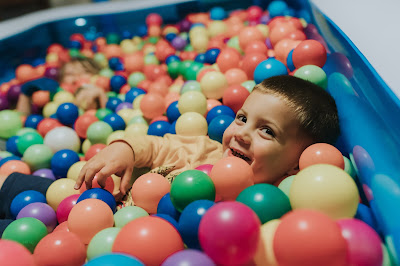 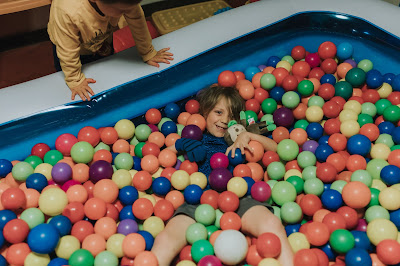 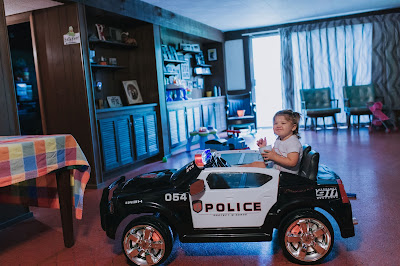 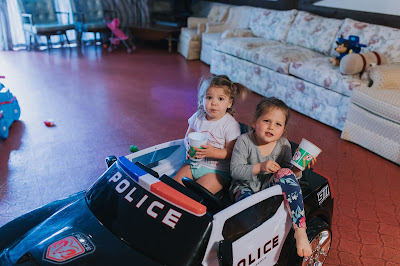 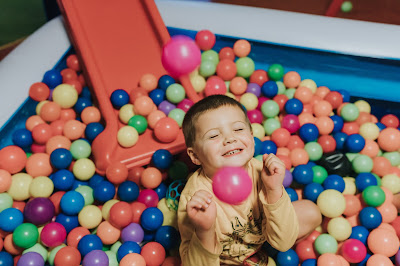 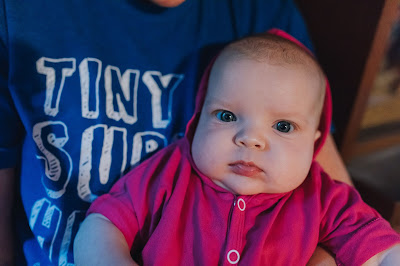 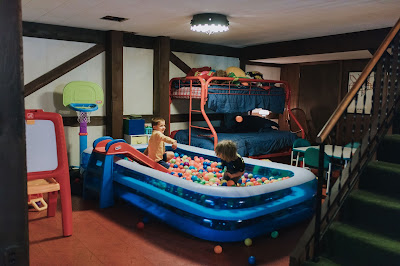 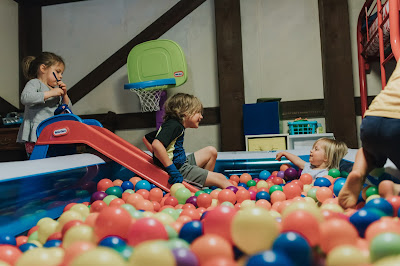 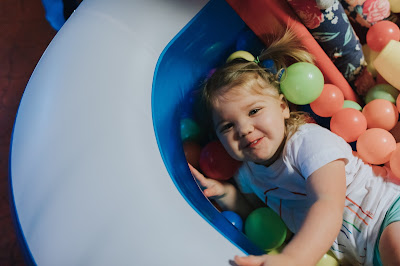 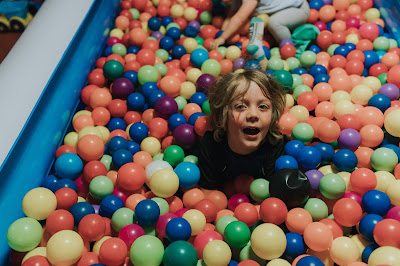 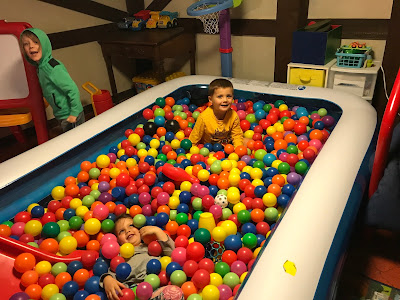 The kids really had an absolute blast playing in the ball pit!  That was probably their most favorite thing to do...as well as driving in the police car and riding on the rollercoaster!

Shockingly there weren’t any meltdowns (I think the mid-play snack of applesauce and goldfish helped a lot with that!) and only a few tears here and there (mostly from my kids!).  I’d say it was a successful morning play date for all!  Annie and Rosie both passed out almost immediately after lunch, which was nice :) 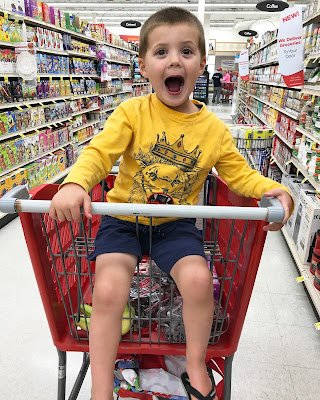 Patrick and I were able to steal away while everyone slept (including Mike, who slept through our entire play date!!) and hit up the grocery store since we were out of bananas, cereal and milk.

Overall it was a wonderful Easter Monday and makes me sad about having to go back to work in a few weeks...but also excited about summer when I’ll have 2 months free to do all of this fun stuff over and over again!  3 kids is beautiful wonderful chaos and I’m loving every single second of it!  Have a great week friends!
Email Post
Labels: Annie ball pit basement family family fun friends little buddies Patrick Rosie Scooter