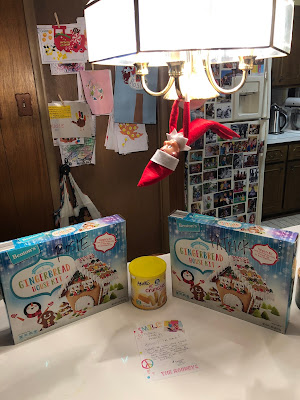 Donuts the Elf came back from the North Pole and brought with him gingerbread houses for the big kids.  They.were.so.excited.

Like busting at the seams to construct these bad boys.

Last year we did gingerbread houses with NeeNee and P and R loved it SO MUCH.  They had a blast!

Naturally I had my blinders on and just remembered how fun it was and after incessant begging from Patrick after school on Tuesday Mike and I caved and said they could do them before dinner.  What I failed to remember from last year is that my mom put the house frames together like a day before decorating and they were FIRMLY crafted.  Oops.

After posting much of this journey on Instagram and in my stories, I had no less than 10 people message me telling me to glue gun the frame together, let it firm up and dry, and THEN let them decorate.  Noting this for next year...which hopefully I'll remember BEFORE construction time comes.

Anyways, the kids were SO EXCITED to build and decorate their houses!  All was going well... 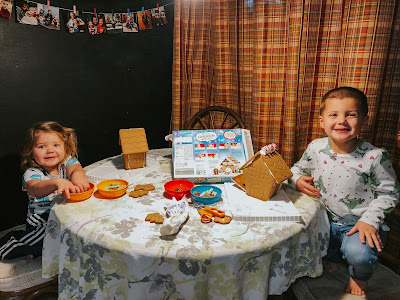 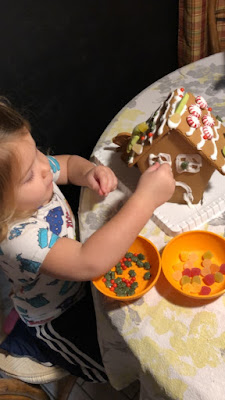 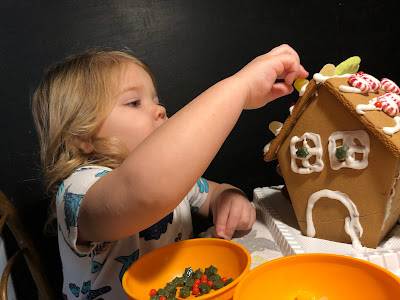 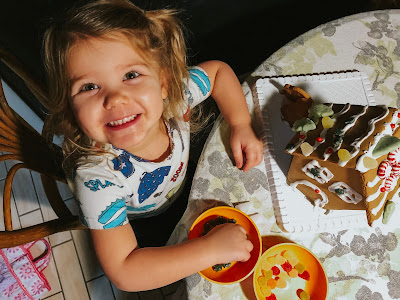 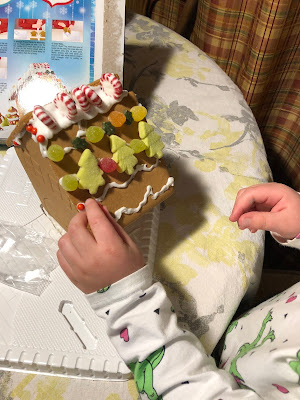 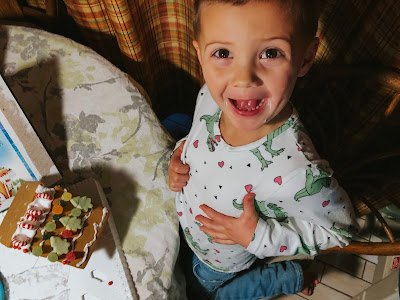 And then catastrophe struck...

The stupid houses fell apart!  Again, mom fail on my part for rushing this and not gluing them first AND thinking stupid icing would hold the pounds of candy and heavy hands using to put said candy on the house...but, alas, both of them were NOT happy.

Fortunately the tears were short-lived and Mike was able to get the houses relatively back together...but the damage was done cause all of their candy had fallen off and Rosie had shoved 95% of it in her mouth...and Patrick was over it and demanding to play with his kinetic sand now.  Haha!

BUT!  Even though it was a total failure/disaster, it was a fun time and great memories (cause that's what life is all about, right?! MEMORIES!!) and lessons learned for next year: