I had a photoshoot earlier this afternoon (check it out here) where the snow was a perfect touch to this family's mini session for their Christmas cards.  As soon as I got in my car, I called Mike and was like, "Don't put Patrick to sleep; go put that red sweater and khakis on him and go put on a red shirt yourself--we're going to take snow pics when I get home!"  I got home about 5 minutes later and I set up my tripod, rigged up my EOS iPhone remote app, and snapped these pics just out back of our house (yes, I was literally pushing the shutter button on my phone behind Mike's back to take these...pretty impressive, eh?!!).  I love Patrick's game face in these as well.  Yes, I would have loved for him to smile, but his stern little smirk is just as adorable as well.  I may or may not have then immediately rushed inside, edited these, and cashed in on a 50% off Shutterfly + free shipping coupon and ordered our Christmas cards as well... 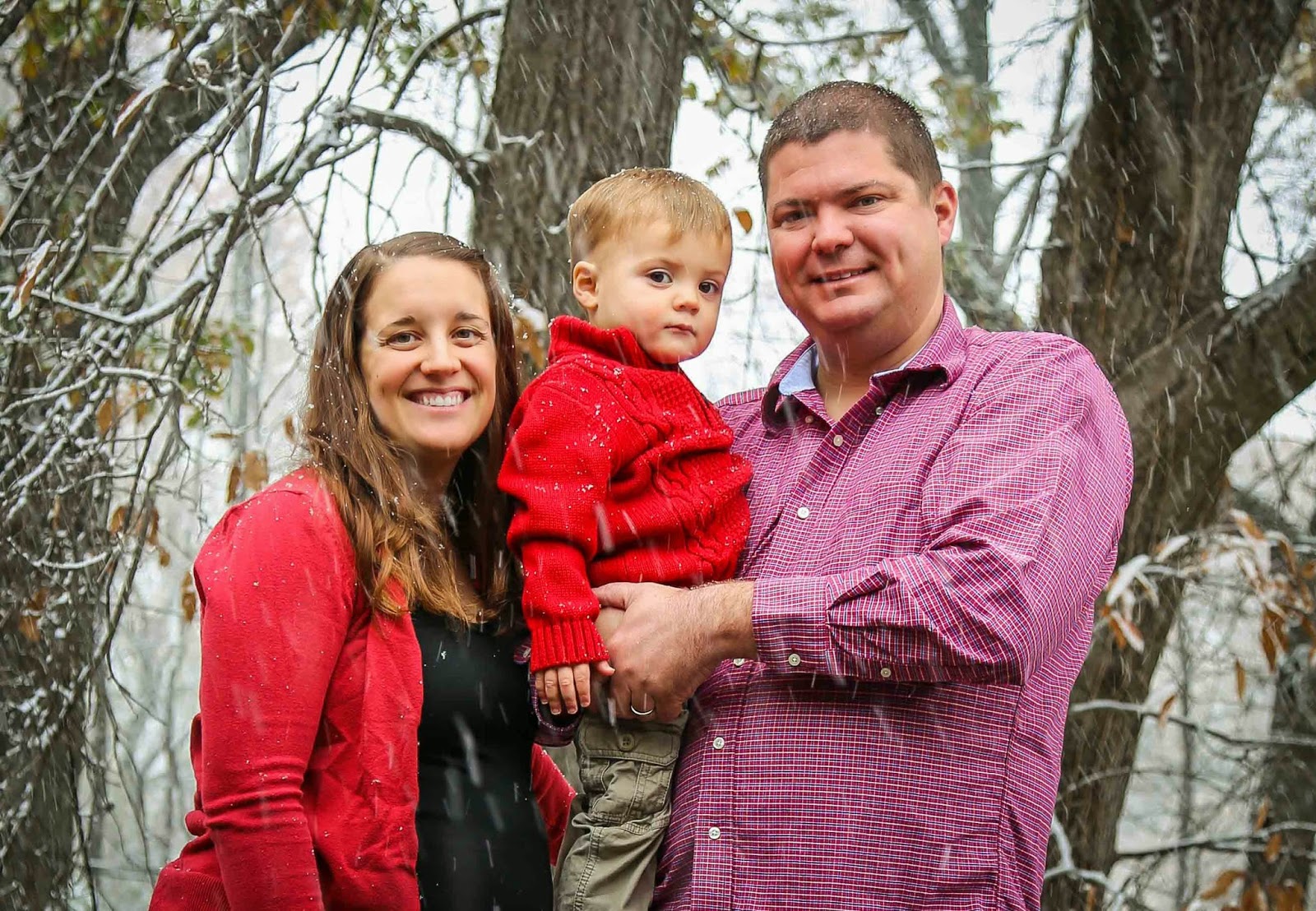 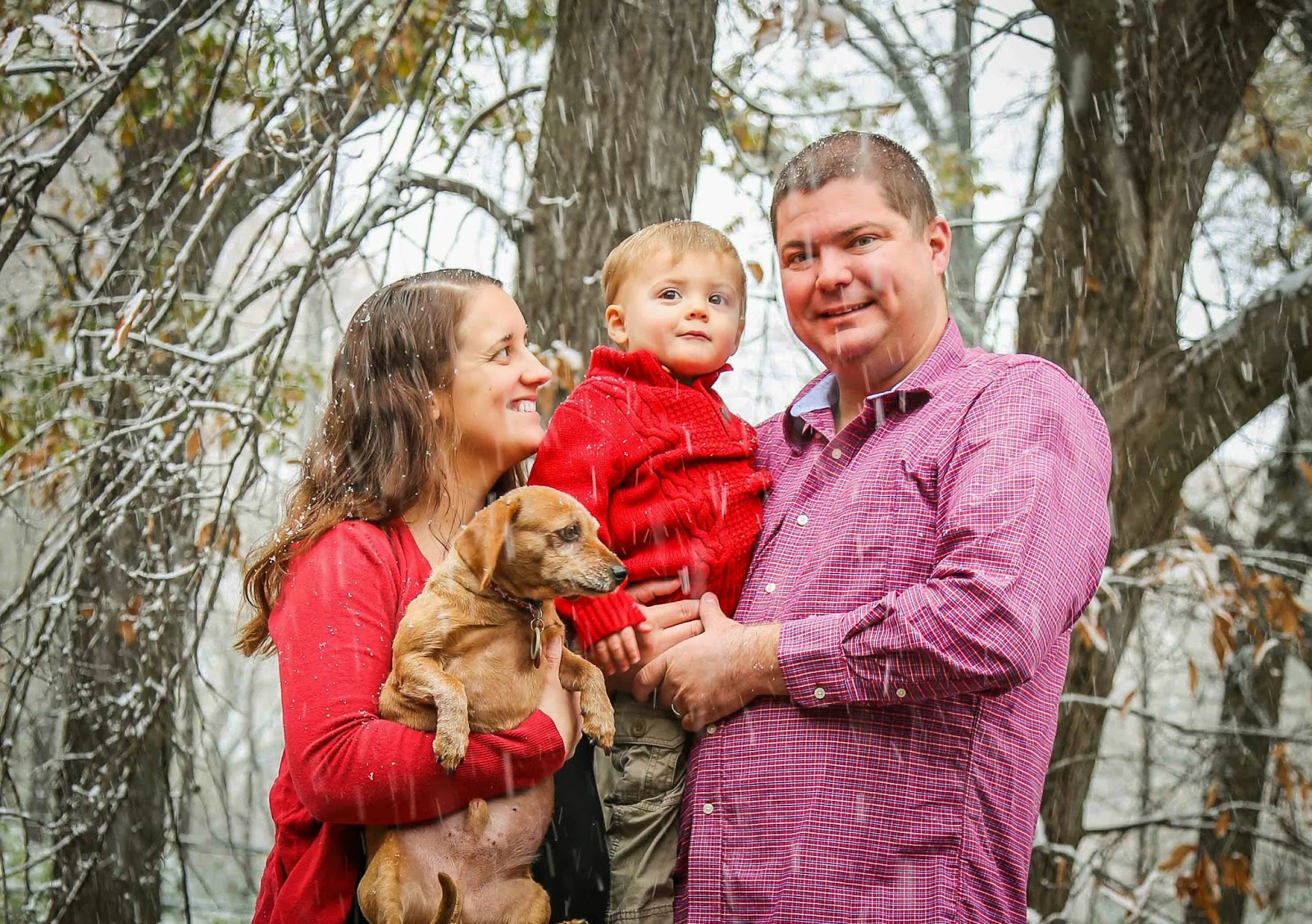 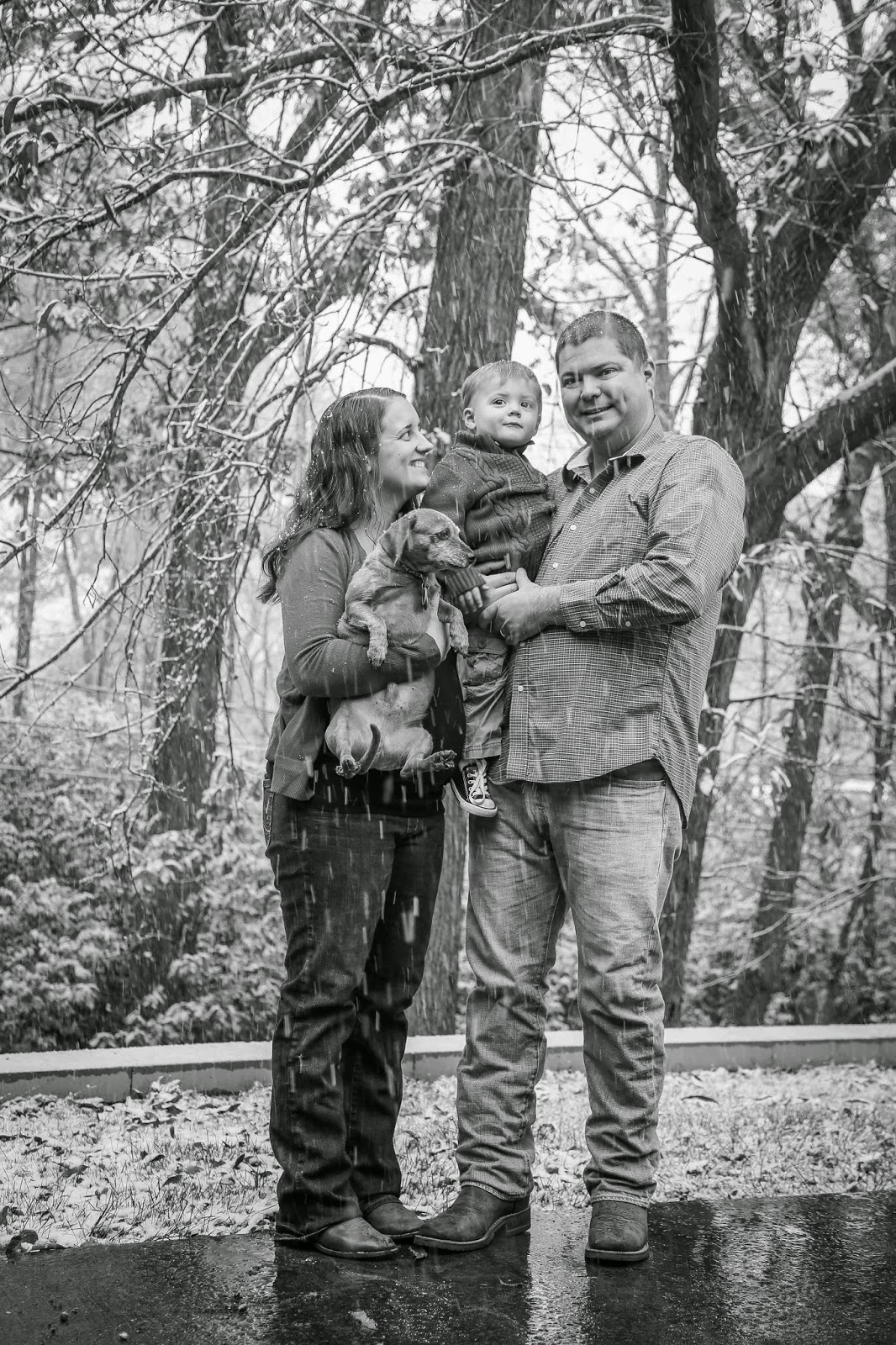 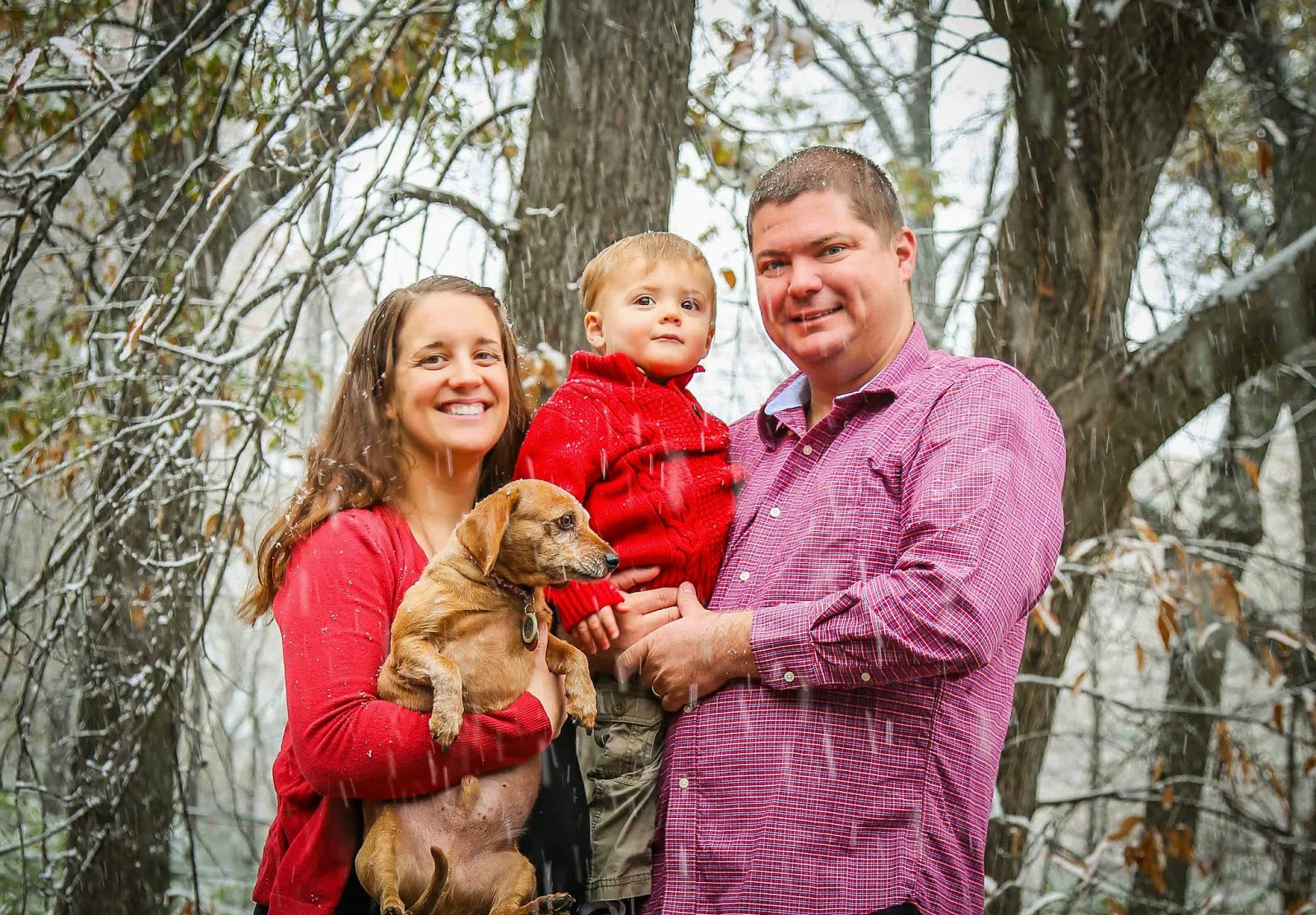 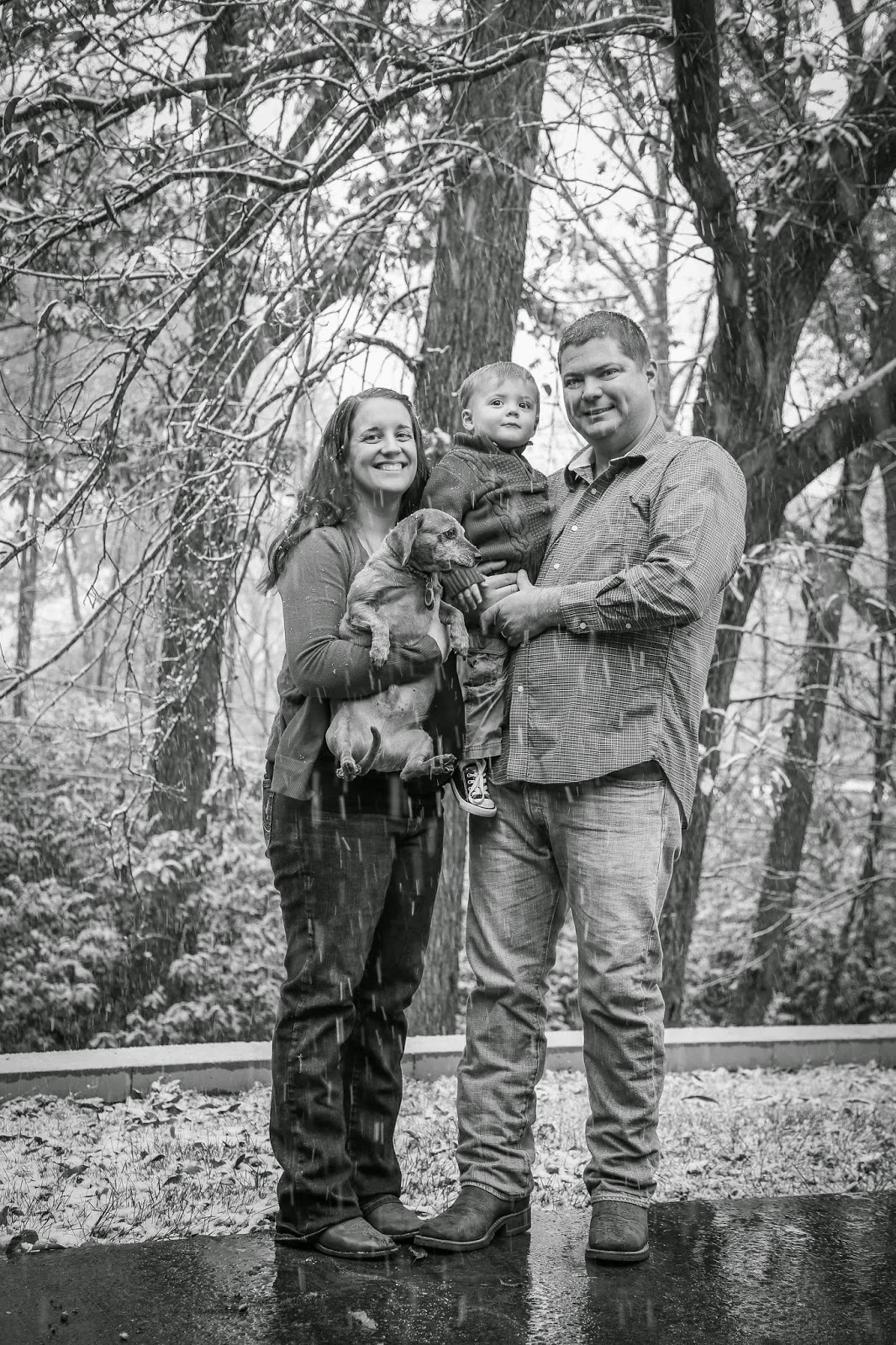 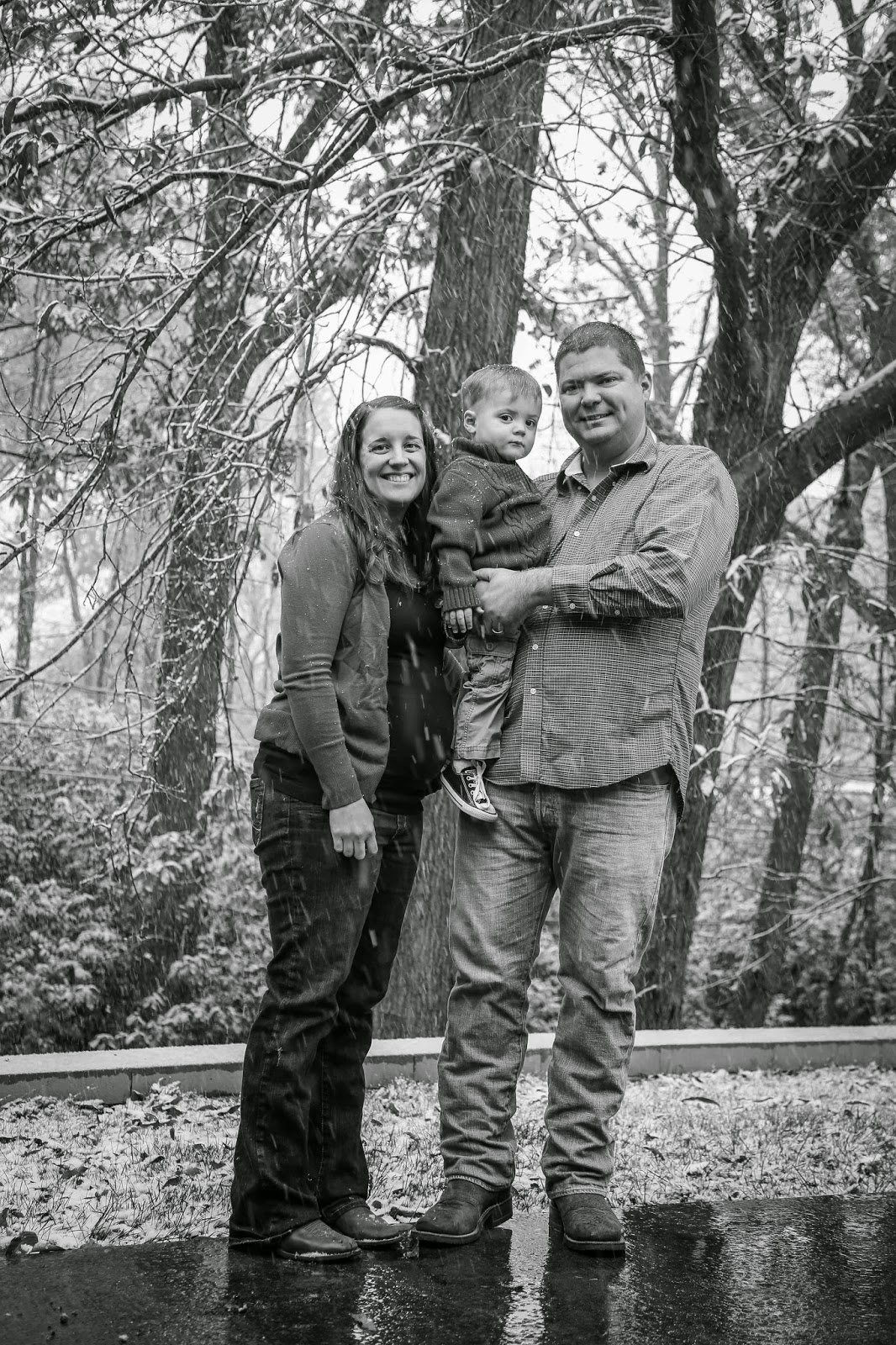 I know as soon as I publish this blog post Patrick is going to wake from his current 3+ hour nap and I'm going to want to bundle him up (thank you Regan for the snowpants!!) and go outside with him and take some more snow pics...because little boys playing outside IN THE SNOW is like the cutest thing EVER.  So, if that happens, be prepared for snow blog post numero dos of the day later.  You've been warned.