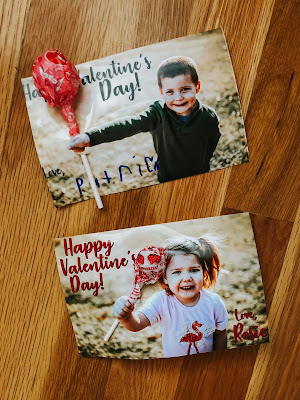 Ahhhh, Valentine's Day is quickly approaching and, creative mom here just recycled the same idea from last year's Valentine's.  And you know what?! IT'S OKAY.  Cause it's a cute idea (thank you Pinterest!) and is SUPER DUPER easy.

Earlier this week I took the kids outside and had them hoist their hands up in the air like they were holding something and then had them printed at Walgreens (gasp! THE HORROR!  But it's okay...remember, I said I do print things at Walgreens...especially things that are being handed out to other kids that will instantly be destroyed :) and then it was time to put the suckers in and sign them!

Rosie we just had her name printed there...but for Patrick he needed to sign his name for the 30 Valentine's we had printed.


His first 10 went smoothly...then he FLIPPED.  His hand hurt, he needed help, blah blah blah.  So many tears.  We told him to take a break and he could finish another day...but he did not want to do that...he said HE DID NOT WANT TO DO THEM AGAIN, so he persevered and dag nabit, he got them done!  30 cards signed (some upper case, some lower case as he told us) in an hour.  Not too shabby for a 4.5 year old! 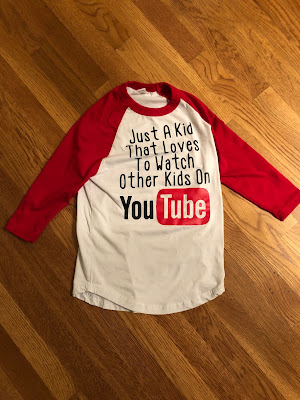 So Patrick and Rosie are OBSESSED with YouTube (specifically YouTube kids) on their iPads.  I saw this shirt online and JUST HAD TO GET IT.  Cause, no truer words have ever been printed on a shirt...EVER.  Seriously.

Welp Patrick wanted to wear it to school today so, duh, I had to get some pics of him in it with his beloved iPad before we went to school. 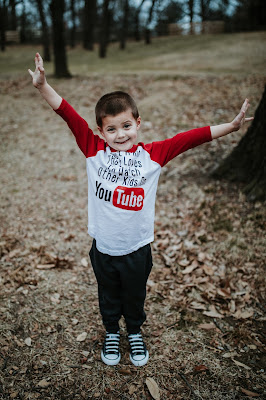 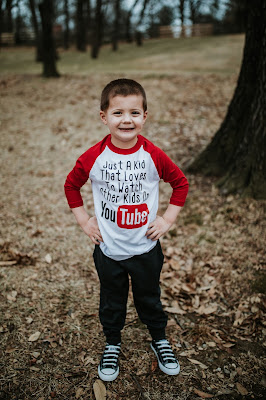 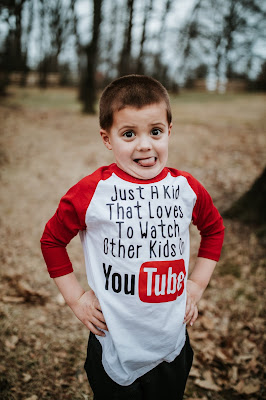 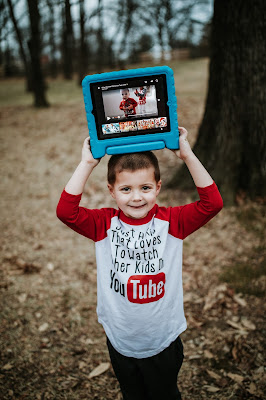 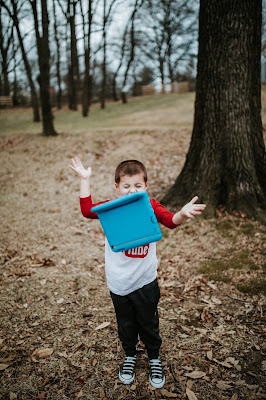 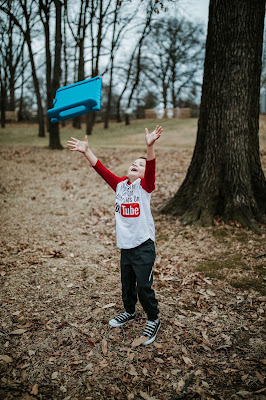 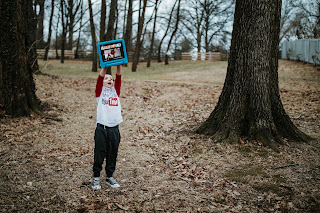 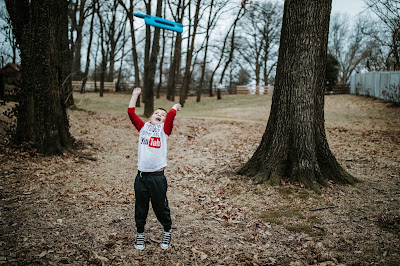 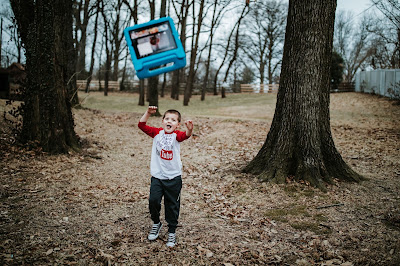 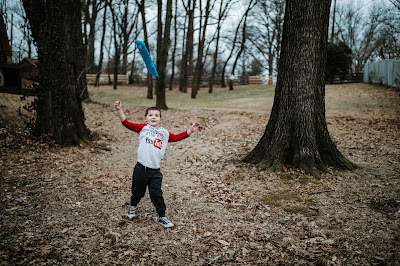 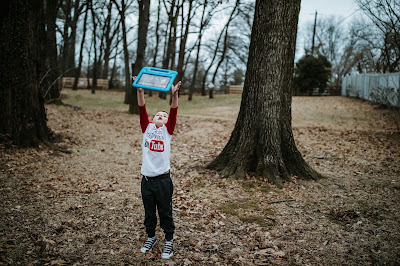 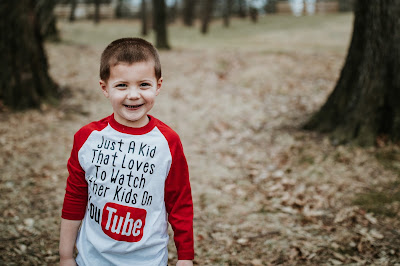 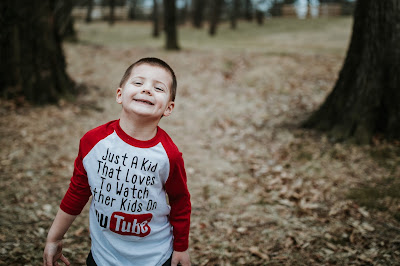 I mean, it can be any truer.  That kid loves watching other kids on YouTube!  Like Ryan's Toy Review, Daily Bumps, Family Fun Pack, and I'm sure a ton others that I can't remember now.  And I'm totally not knocking this -- he's actually learned a ton from watching these other kids (and also learned a ton about toys he REALLY REALLY NEEDS. haha!) and I think it's made him like taking pictures and videos himself (or letting me take them of him!) because he sees others online doing it.