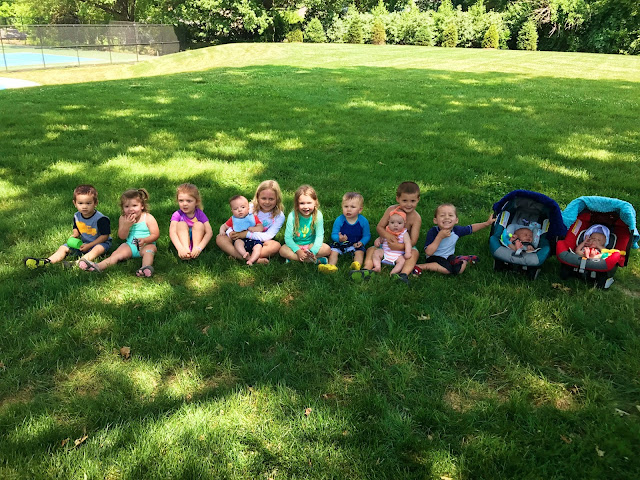 I had to start off immediately with ^^^ that snap.  12 kids 6 and under ALLLLLLLL looking at the camera!  A miracle, huh?!  And no photoshop magic on this either, just a well-timed iPhone snap!

This morning after Annie's 4 month check-up we went to meet our buddies (many of them teacher friends!) at Pioneer Park (our FAVORITE park) for a sprinkler/playground date.  It.was.awesome.  Seriously, so much fun and about as relaxed as it could be with 12 kids under 6 to watch!  Fortunately Mike was off so he joined us for the fun.  We were there for about an hour and a half and the kids had so much fun running around with their friends, playing in the sprinkler, and just acting like wild little kiddos! I need to remember to bring snacks next time (and not leave them in the car) so we could have a break, but other than that, the morning went great! 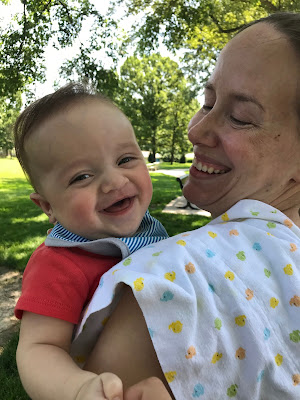 This is Mikey, Annie's birthday twin!  He was so happy and smiley I just had to snap a few pics of him.  Annie just started at him with killer RB face for a while before she got hungry and started whining until she got a boob in her mouth. Ha! 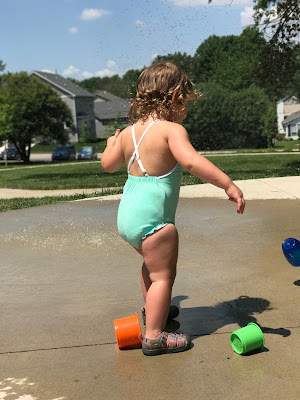 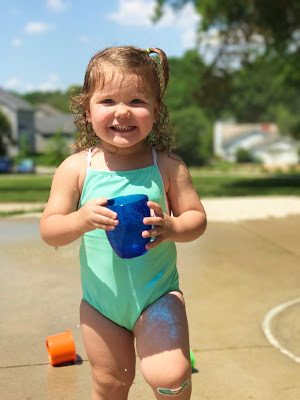 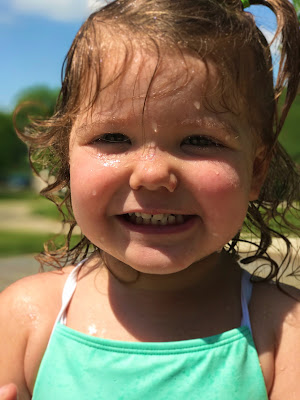 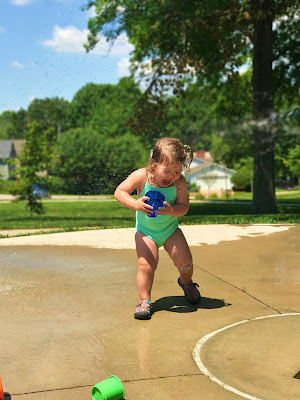 Ro had a blast in the sprinkler (after she finally warmed up; she sat on Mike's lap for like 20 minutes not wanting to do anything and finally decided to go play, and when she did she had a blast!).  Even though she mildly protested when it was time to go she gave in; I think she was tired!  Haha!

When we got home the kids ate lunch real quick (literally!) and then asked to go to bed!  Haha! I think they had a great morning at the park and were definitely worn out. 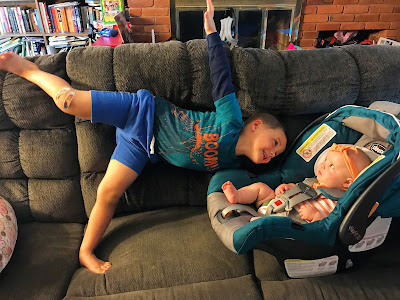 Patrick got a few giggles (and WTF stares!) from Annie before we dismounted her from her carseat and everyone had lunch and naps!  I am actually debating putting off grading my first summer school project until later and taking a snooze myself...sounds sooooo inviting right now... :)

Anyways, we have a jam-packed weekend planned: St. Peterfest carnival tonight, 13 mini - sessions tomorrow + Danny's law school graduation party, and then a newborn session on Sunday!  I'm exhausted thinking about it!  Haha! I actually have photoshoots scheduled almost every day next week!  Busy season is most definitely upon me!