It's no secret 'round these parts that I like taking pictures...and I've done a fairly good just thus far grooming my kiddos to embrace that momtog of a mom they have and enjoy pictures as well.

Welp, a couple months ago I posted about my #instagramson and today it finally happened: I asked Patrick if he wanted me to start an Instagram account for all of his pictures and he said, "Oh yeah that's a great idea! Then everyone in the world will see me!!!" DONE.  Say no more kid, and way to shoot for the stars with wanting everyone to see you.

So I reformatted an old iPhone for him, installed Instagram, showed him how to change the filters on the camera app, and let him snap away. 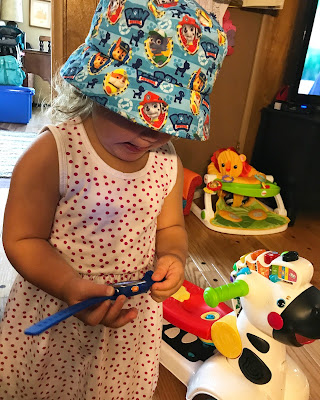 ^^^ This was his first capture.  "This is my sister Rosie.  Now let's go play catch!" Was the caption.  I'm trying to verbatim write down word-for-word what he wants his picture to 'say' and have that be the caption for all of his snaps.  I'm going to let him capture everything, filter included, with his phone (and obviously give him little tips and pointers along the way!) and then let him decide what snaps he wants posted. 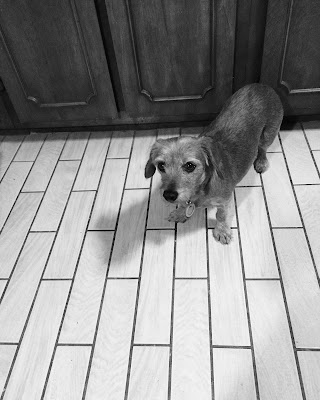 This was his second ^^ post, which he lovingly captioned, "I love you Scooter!" He had just figured out how to turn on a black and white filter and I'm super impressed with his 'rule of thirds' (unintentionally but I'll pretend it was intentional :) positioning of Scoots.  He took a few others with filters of Annie but he didn't want to post those, just wanted to post his favorite pup.  Okay then!


And this my friends was his last post of the day, his own selfie video saying, "Hi guys thanks for following my Instagram." and then he promptly dropped his phone before picking it up and ending his video.  Still working on that with him :)

Anyways, day 1 of @SnapsbyPatrick was a roaring success -- he really liked taking pics with 'his' phone and helping me post them on his own account.  He's already gotten almost 50 followers too which ain't too bad for his first official day on social media!


I cannot wait to see what he captures in the days and weeks to come!  I'm hoping a lot of cool stuff, because this kid loves taking pics and showing them to anyone who will look.  I'm sure I'll let him use my big camera for some snaps too that I'll show him how we'll get those on his phone to post to Instagram.

Anyways, if you want to give him a follow, his username on Instagram is @SnapsbyPatrick ...I also set up a Facebook Page for him too so whatever he posts on Instagram will automatically post to his FB page too (for anyone out there who doesn't have IG) -- I know he'd love any and all of the followers he can get! :)
Email Post
Labels: #instagramson #snapbyPatrick instagram kidtog Patrick photog photography Snaps by Patrick