Three whole months have gone by and like I posted earlier it feels like yesterday and an eternity ago all at the same time.

Way back in October after we first found out about Clark's prognosis, I reached out to a friend who had a very similar thing happen to her second kiddo, Catherine.  We chatted and she was a wonderful resource to talk to those early days...and in the days to come.  Her husband and her actually started the foundation Catherine Cares where their mission is to uplift families of babies facing life-threatening diagnoses. 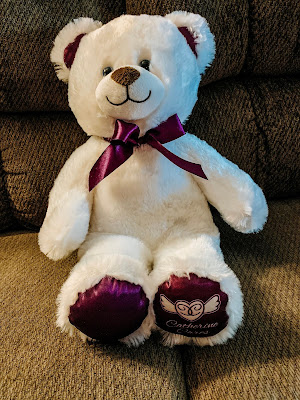 As I was going through the motions today (which were made even tougher by the passing of my uncle -- my mom's eldest brother -- Chuck who had been sick for a while and finally went to heaven this morning (where I hope he gave Clark the biggest hug for us)) this showed up on our doorstep:

And it came with the most perfect letter too.  The letter told us that this was a heartbeat bear, and that when Catherine Cares gives these to families they record the heartbeat of the baby from an ultrasound or doppler into the recorder inside the bear.  Unfortunately the day in which they were suppose to come record Clark's was a few days after he passed so they never were able to make the recording.  HOWEVER, since I'm OCD and have no shortage of his heartbeats recorded from my own doppler, I was able to record one and put in on the recorder in the bear.  So whenever you squeeze the bear you hear his heartbeat.

For whatever reason I have been very emotional today...crying more today than I have in many many weeks...and you know what!?  It's okay.  It's okay to cry and let things out and be emotional...because this wave of grief today was a big one, and instead of letting it knock me over, I'm embracing it and riding it out.  Because I know another swell will come, and I feel like if I let this one take me down the next one will just be even worse.  So I embrace it, let my emotions soar, and cry.  But cry happy tears that we have still just amazing people by our sides in this journey that know how to surprise us with the most perfect of surprises on even the toughest days...three months later.

Rosie got some snuggles in with Clark's new heartbeat bear and it just made me again cry happy tears. 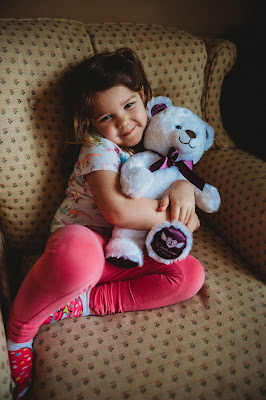 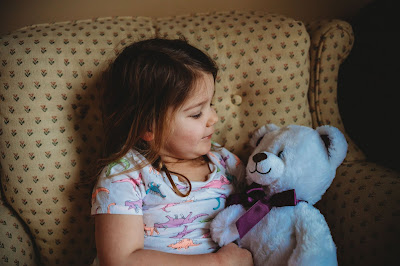 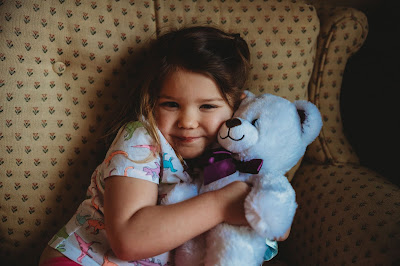 A million and a half thanks to Catherine Cares and our wonderful friends for this unexpected yet amazing treat today.  We will cherish it and hearing our little guy's heartbeat forever and ever.
Email Post
Labels: clark Clark Bear doppler heartbeat bear life after loss our little C