It's been over 11 weeks since Clark was born...stillborn.

Does that make you uncomfortable to see, to read?  I admit, it's tough to see, to choke down in conjunction with our sweet little Clark, but it is his reality; our reality.

And it sucks.  It sucks so so so much.

But you know what sucks even more?!  When you hear a horrible, awful, nasty rumor circulating from your old school -- the one you made a difficult decision to leave teaching in the middle of the year from because of a super tough fall that wasn't made any easier by their presence in it -- that you aborted your baby to 'get rid of it'...and that Catholic school fired you because of it.

Now, I know I don't post every little detail of every second of my life here, but dang it, I'm pretty darn open about our lives and have vulnerably put myself and our story out there, detailed with our heartaches and losses this past fall.  Our Clark was not aborted.  Not in the least bit.  Our Clark died.  He was stillborn. 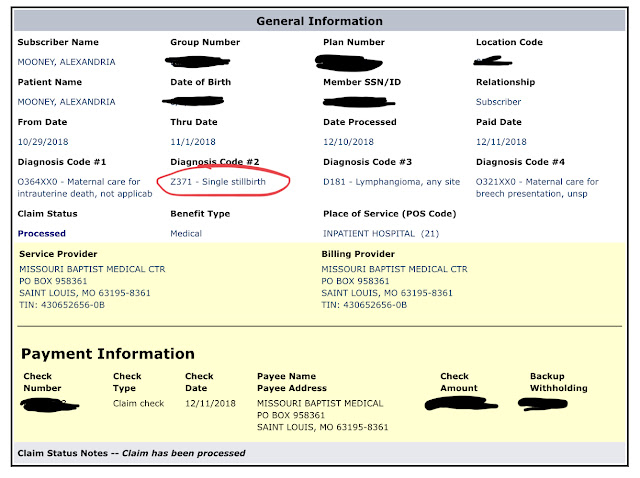 I even circled it in red for ya.  Do I need to get a written note from my OB too for people to believe that this was his story, his reality?!?

And I don't know why I'm here feeling like I need to defend myself, cause if you've read any of my posts in the past several months you know very well that termination was not even on our radar.  While I appreciate we live in a place that gives an array of options (remember we were told on day 1 we could terminate?!)...for us, termination wasn't an option, wasn't something we were going to even consider -- and I thought I was pretty clear from that from the get-go. 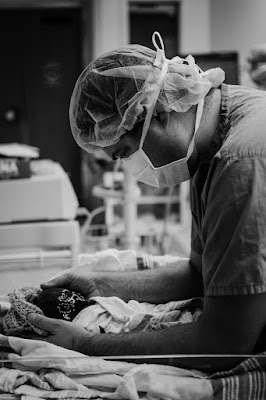 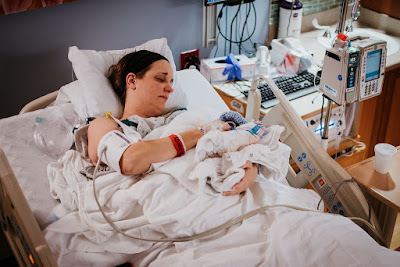 But here I am, posting as clear as can be that Clark was indeed stillborn.  Most don't name babies they abort...you don't deliver them via very awake c-section, you don't spend hours and hours holding them, taking pictures with them, kissing them, holding their little fingers, introducing them to their big siblings, baptizing them, crying over their sleeping bodies as you cherish every single second you get with them before you have to say your final see you laters, your goodbye to them here on earth with you.  And it fucking sucks...it sucks so so bad.

A friend shared this tonight and I thought it was SO APPROPRIATE to include here in my post... 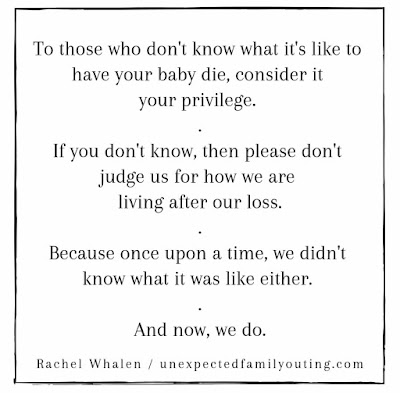 My baby died.  He was not aborted, terminated...he died.  His heart stopped beating.  And it pains me, destroys me, kills me that after all that we went through: the testing, the ultrasounds, the appointments, the specialists that there is a heinous rumor circulating out there AT MY RECENT PLACE OF EMPLOYMENT that we did anything but that...that he was aborted.

I've briefly alluded to the notions as to why I departed UA mid-year, and while that story is a (longer) post for another day, I will say a big part of my leaving Ursuline was because of the lack of support from them I received and felt with the passing of Clark this past fall (clearly, in hindsight, they could have taken some advice from this post).  And then to hear this abortion rumor (actually a few completely inaccurate rumors I heard today about 'why I left', but this one was the craziest, and obviously most hurtful and damaging) was just a complete sucker punch to a situation I thought I had closed and bolted the door on.

I really hope this post makes it to any staff, students, parents, and community members of UA and is crystal CRYSTAL clear that our sweet little Clark was very loved, very wanted, and is very very missed after his passing inside of my belly at 22 weeks gestation.  And I hope even more that any of these persons who contributed to the spreading of these rumors sees this and quickly puts them to rest, as they are just that: an ugly, menacing, cruel, awful rumor...because at the forefront of this rumor is a grieving mother, desperately missing her son every second of every day, wishing that no one else would ever have to experience this pain, but will continue to share her story of loss -- of her son's stillbirth -- with others to give a glimpse into this world and to let others know that they don't have to suffer their life after loss alone.
Email Post
Labels: clark grief rumors stillbirth stillborn UA Ursuline Academy